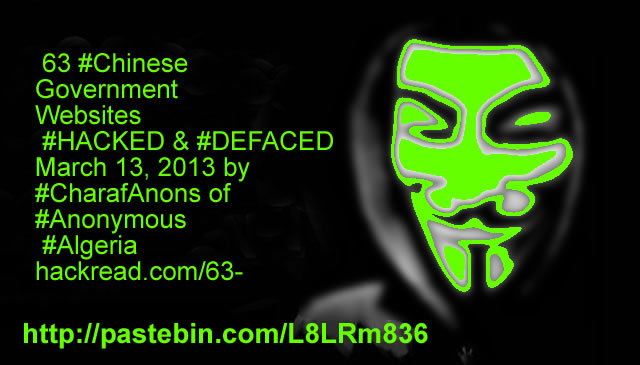 Hacktivist group known as Algerian Hacker announced late on March 13 that Charaf Anons had hacked and defaced sixty-three Chinese government websites. A list of those targeted may be found here: http://pastebin.com/L8LRm836

It is unclear at this stage if the action was an individual strike or taken in support of the ongoing Operation Tibet, which over the past few weeks has seen Chinese government sites disabled.  One thing for sure Tibetans will be happy to learn that efforts are ongoing to target China’s regime. 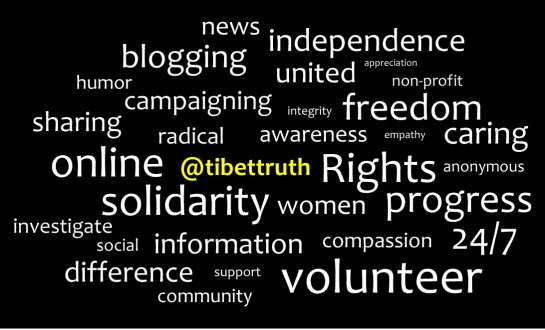 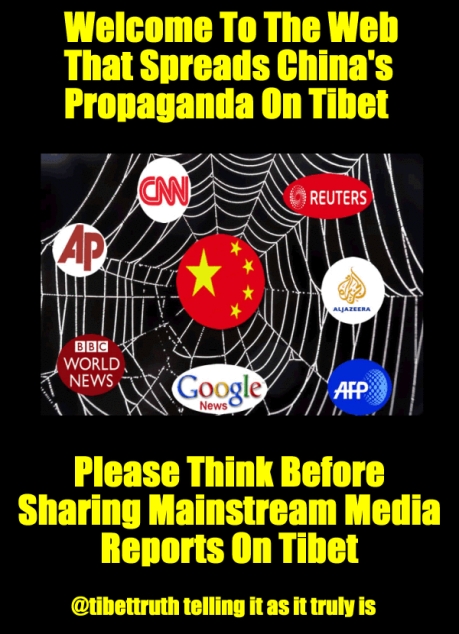 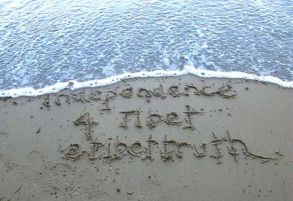 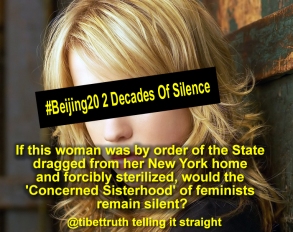 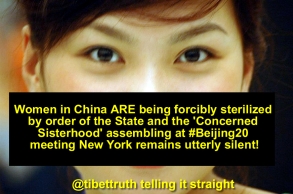