With news the past few days of Tibetans in the area of Kardze in Kham region of Tibet being subjected to mass arrests we are reminded that the tyranny waged against Tibet is ongoing. It never stopped of course, but in situ reports have been difficult to come by, as the Chinese regime tightens its military and mass-surveillance grip over Tibetans. This latest incident would never have emerged were it not for the incredible bravery of local people, who put their lives and liberty at genuine risk to leak information.

It is therefore very encouraging and heart-warming to note the response of Anonymous activists ‘Operation Tibet’ who today published a statement on this latest abuse and denial of freedom for Tibetans.

As always we applaud those taking part in such action, your active support for Tibet is deeply appreciated and very welcomed, especially in a world which is increasingly indifferent towards the plight of Tibetans. Thanks to @tibettruth for news on this and to @AnonymousTibet for sharing the video link.

Image: researched and produced by @tibettruth

As subscribers, readers and friends of our digital activism will have noticed, our reportage on Tibet has been lacking during the past months. We wanted to reach-out and lay bare the reasons for that absence. Firstly, there’s an increasing challenge in securing information on the situation inside occupied Tibet as the Chinese regime intensifies its suffocation of Tibetan culture. The borders are sealed. What goes down is concealed and suppressed by a digital tyranny, every movement and daily activity is monitored, assessed and recorded. It is mass-surveillance and subjugation; of a nature and scale, which even Orwell’s nightmares could not have imagined.

Then, we have the reality of a world changed. Damaged beyond recognition in less than two years, by governments implementing policies which have torn-up democratic practice and respect for individual rights. This plunge into totalitarianism employed a justification, long used by the tyrant, that the curtailment of freedoms is for the ‘good-of-the-nation.’. Of course to steer a people into quiet obedience requires an extremely powerful force. Nothing can paralyze a mind with greater efficiency, than ‘fear’. To that end citizens across the globe have been subject to a relentless program of psychological manipulation that has terrorized and traumatized. Being kept in a condition of dread and confusion, by precisely engineered messaging, has produced a frightening measure of compliance.

So it is, that our society is degraded and fractured, while rights once cherished and defended are replaced by an orthodoxy which elevates the edict of the state to a position of unquestioned authority. Dissent is met with derision, slander, and censorship. Police and security forces are given additional powers, draconian legislation is rushed into existence, all implemented to produce conformity. There’s no critical or independent media challenging the strangulation of democracy and human rights. Indeed, journalism has become a willing conduit for the propaganda narrative, an enthusiastic delivery-boy of fear.

These oppressive measures, constructed patriotism, state-control, censorship have worrying similarities with the default governance of the Chinese regime. There are darker parallels. Since the reported emergence of this flu-variant virus digital technology has been employed by governments as a form of identity card. Under the claim of monitoring infection spread, invasive apps enable a person’s movement to be directly tracked. Cell phones have been occupied by your authorities, it is you which is being surveyed.

In an echo of Pavlov’s experiments you’re groomed to respond to the latest ping alert from a public health body, it is behavioral control and reinforcement. More than that, in serving as a certification of injection it’s part of a process that creates division and suspicion, bringing into being a corrosive social virus of ‘them and us’. Will such technology, as it is in China, soon be used to record, assess and reward approved social behaviors? A model-citizen on the end of a virtual leash!

The activism on Tibet provided by our network is volunteered by people in differing locations and cultures. Yet since the start of 2020 there’s, without doubt, been a commonality of experience within those respective places; which has witnessed the disintegration of civil liberties and rise of government control. It is increasingly observable that democracy and human rights are in retreat.

Such is the nature of these troubling circumstances, and potentially catastrophic impacts for fellow citizens, that we decided to dial-down our focus on Tibet. We’re still reporting across Instagram, Twitter and Facebook but less frequently. While this platform is committed to bringing Tibet linked news, as and when required, resources and attention so generously donated by our team is directed towards a human rights struggle which is now urgently demanded within our own communities.

Image: researched and produced by @tibettruth

With increasing efforts by governments to suppress and marginalize online dissent and free-speech, by controlling social-media platforms through planned legislation.

It looks pretty clear that only authorized narratives will be protected and promoted, and as shown by media coverage of Covid, mainstream media has degenerated into a state-funded propaganda channel for authorities. Twitter, Youtube, Facebook et al are already becoming censorial and intolerant of independent and critical voices.

In addition the extent and nature of monitoring and intrusion from, not just the Chinese regime, is increasing.

With this in mind the need for a secure, private channel of communication is vital, especially regarding online activism, sharing news and information. That’s why we’re inviting friends and supporters of @tibettruth to reach out to us to learn about a secure contacts list we hope to build using a freely available (Android only) messaging/chat/sharing platform. If you are interested drop us a message on projecttibet@protonmail.com Thanks 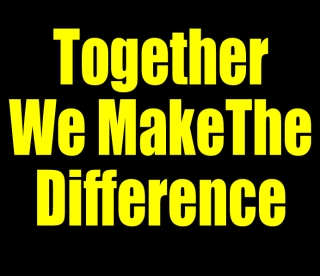 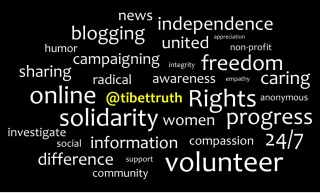 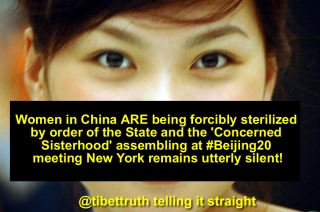 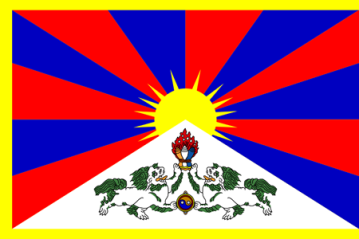