The world’s insatiable appetite for PPE as a stated precaution against infection from viruses has lead to a range of issues, not least the environmental impact of untold numbers of discarded masks. The panic (or calculation) of governments to shroud their health-workers and general citizenry in masks, gowns and gloves has also made a number of businesses very, very rich. Including some based in China (where as the world knows very well, employment and human rights are non-existent).

But those realities have not prevented countries such as the United Kingdom from engaging in a number of shadowy deals to procure medical equipment, that often times has proved to be dangerously ineffective and required withdrawal, so much for cautious management of public expenditure! We see a report today from, ‘The New European’ (an English online journal) that the British have paid the equivalent of $125 million to a Chinese corporation that uses a hotel room in downtown Beijing as its offices!

The Beijing Union Glory Investment Company, like many such corporations operates closely with, and no doubt invested by the Chinese regime. An authority that inflicts genocidal policies against the Tibetan and Uyghur peoples. Such however is the crazed momentum for PPE the British Department for Health (with the knowledge and support of England’s version of the State Department) ignored entirely the harrowing misery suffered across Tibet and East Turkistan. Yet in only January this year the British Secretary for Foreign Affairs, Dominic Raab announced in Parliament that UK companies would face fines if they could not show that their products or supply chains were free from any association with forced labor in so-called Xinjiang.

It is, of course, a matter of fact that the region is a huge producer of cotton and it has become increasingly apparent and well documented that slave-labor is used in that production.Which returns us to the subject of medical protective clothing and equipment. Did the British not realize that a major component used in the manufacturing of such products is cotton? Surely either Matt Hancock or Dominic Raab stop to consider where the source of a government backed Chinese company would source their materials from when producing PPE items? Maybe they asked the Chinese where the cotton used in such items was from? If so they would take credulity to a whole new level if believing any refutation that the cotton content was not from the very region cited by the UK authorities for housing forced-labor camps!

We hope any of our UK friends and readers will seek a freedom-of-information disclose from the British ministries of health and foreign affairs on this issue. As it stands the government in Britain looks to be in violation of its own foreign and trading policies with respect to the importation of goods linked to forced labor. Is this how the British seek to tackle human rights abuses in so-called Xinjiang?

Of course in truth it doesn’t give a damn about the condition of Uyghurs enslaved and exploited to produce and process cotton, most likely a core component of the PPE bought by the UK government. Nor is it troubled that its people will be wearing equipment made in the traumatizing misery of China’s concentration camps.

After communications with the two national newspapers which exposed the participation of China’s Ministry of Public Security at a Seminar next month, reported to be held at Trinity Hall University Of Cambridge it now appears certain that the event has been arranged by the Centre for Business and Public Sector Ethics (CBPSE) Moreover we have been provided with a third source, one that corroborates those details and reports that academics who are planning to take part are being gagged on the issue of human rights. According to the Cambridge Student Online, a leading academic has refused to take part as a consequence of such restrictions, Professor Anthony Glees, Director of the Centre for Security and Intelligence Studies at the University of Buckingham, withdrew his planned involvement after being informed human rights abuses or cyber-espionage could not be mentioned at the Seminar.

“Glees said that he had originally informed the CBPSE of his intention to discuss the differences between intelligence services in liberal and authoritarian states. Dr. Rosamund Thomas, Director of the CBPSE, proceeded to tell Glees: “our approach is not to embarrass any government in the sense of criticising them during seminars.” (Emphasis Added)

“The people she was inviting… are the people who are responsible for internal spying and external spying, and that involves repression…”Would I have spoken to members of the KGB without saying I think it’s disgraceful that you lock people up in gulags? Of course I wouldn’t. We wouldn’t sweet-talk the Stasi – some people did. We shouldn’t be making the same mistake again.”  SOURCE

Total respect to Professor Glees for acting with such integrity, let us hope that other academics involved with this event share the same moral backbone and withdraw their participation or have the fortitude and decency to raise human rights and issues of censorship with the delegation from China’s Ministry of Public Security.

The atmosphere of control and heightened  sensitivity surrounding this conference has all the fingerprints of the British Foreign Office (UK equivalent of the State Department) which no doubt has made it known privately that topics sensitive to China’s regime should be kept off the agenda. Unless of course  such crass censorship is solely the demands of Doctor Thomas and her colleagues at the Centre for Business and Public Sector Ethics?

Whatever the case this event is a breathtaking appeasement of China’s blood-soaked security enforcers and a shameful censorship of freedom of speech that betrays human rights in order to placate those who specialize in torture , oppression and the violent denial of basic human freedoms. Meanwhile it is being arranged and hosted by an organization dedicated to ethics, at a University venue which from now lacks any moral authority on issues of human rights, democratic freedoms and free speech!

We are asking friends and supporters to help us expose this event by expressing their concerns to: 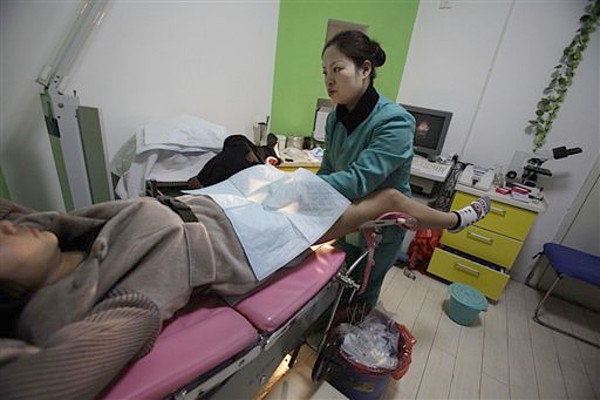 At various times on Twitter the British Foreign Office (equivalent to the State Department) and its sister organization the Department For International Development (DFID) trumpet their commitment to opposing, and ending gender-based violence against women. Such declarations are its social media contributions towards UN forums, such as the United Nations Commission On The Status Of Women. These assertions though have a hollow and hypocritical ring to them when considering that its chief Secretary, Philip Hammond and his Department are virtually silent upon the issue of forced sterilizations in its Human Rights Country Report On China. The solitary reference slyly implies such atrocities are the actions of individuals and not the result of centrally engineered policy of the Chinese Government.

“There were continued reports of illegal coercive implementation of family planning policies, including forced abortions and sterilisations.” (Emphasis Added) SOURCE

We understand that both the Foreign Office and Department For International Development has been presented detailed material on this harrowing subject for many years and are acutely aware of the horrors it inflicts upon Chinese, Uyghur,Tibetan, Mongolian and Manchurian women. These department’s however are more concerned with trade considerations, and appeasing China, to facilitate ‘positive relations’, even at the expense of ignoring the reality of these sickening atrocities.

Anyone wishing to ask either of these individuals how they justify maintaining a silence on these harrowing violations, while claiming to be dedicated to opposing violence against women,  may contact them on Twitter: 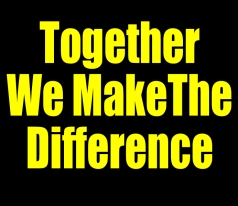