Once again Agency France Press (AFP) misrepresents Tibet, its territories and people by an editorial policy that promotes and services the propaganda aims of China’s regime on matters related to Tibet.

The latest example of this news agency, serving as a conduit for China’s disinformation, was published February 3rd, in a report on the banning of images of the Dalai Lama which peddled terminology engineered by the Chinese ‘Ministry Of Deception’. Asserting that Tibetans live ‘in China’ and describing; what in truth is occupied Tibet, as ‘ethnically Tibetan areas’ will no doubt be much appreciated by the Chinese government. After all such descriptions were cynically concocted to promote the big lie that Tibet is an inalienable part of China. Which AFP, its China-based editors and journalists are supporting and promoting.

So we have a question for AFP, given your news agency accepts the bogus claim of China’s tyrannical authorities, that Tibet is ‘part of China’, and territorial legitimacy and sovereignty is defined by military invasion, occupation and colonization. Then presumably you will have no objection to the suggestion that France, during the years of occupation by German troops, was in effect a region of Germany in which there were ‘ethnic French areas’?! 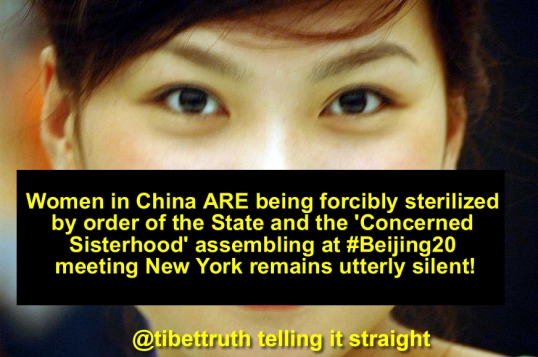