Re: Your Recent Advocacy That China Resume A Dialog With The Dalai Lama’s Representatives

We understand that, during the 17th bilateral EU China summit in Brussels, you reportedly urged Prime Minister of China, Li Keqiang, to institute negotiations with the Dalai Lama.

“I expressed our concerns on freedom of expression and association in China, including the situation of the persons belonging to minorities (sic) such as Tibetans and Uighurs…In that context, I have encouraged China to resume a meaningful dialogue with the Dalai Lama’s representatives.” Source: Radio Poland June 30, 2015

As someone dedicated to democratic values and representation you will cherish deeply the central political obligation that a government should reflect the aspirations and rights of its people. That duty takes on particularly acute responsibilities when, through armed aggression a state finds itself under foreign occupation and its people suppressed, requiring a government in exile to be established. Under those circumstances, as prevailed with France during the Second World War, the exiled authority champions its people’s cause for national freedom. No doubt De Gaulle observed with humility and pride the resistance and determination of the French Resistance to oppose occupation and regain independence for France. Indeed Poland’s recent history and emergence from the oppression of foreign control surely emphasizes the critical importance of such values to you.

In 1949 Tibet, a formerly independent nation, that displayed all the characteristics of a sovereign country, was invaded by communist China. Since that time it has been under a vicious military occupation, its culture eroded and people sorely oppressed by a range of violations and draconian policies. Despite the tyranny which has been waged against Tibet the hope for national freedom has burned undiminished, like the once occupied people of your county. Tibetans yearn for the re-establishment of their nation’s freedom and have during the years displayed remarkable courage and resolve to resist Chinese tyranny and express their right to assert the fact that Tibet is an independent nation under illegal occupation. There is a wealth of testimony, some presented to the United States Congress, the European Union, the United Nations and individual Parliamentarians which records the fact that Tibetans share a common aspiration for their country’s independence. This has also been recognized by the Dalai Lama: “I also know that every Tibetan hopes and prays for the full restoration of our nation’s independence” (HH The Dalai Lama March 10-1994).

Such hopes and determination have not changed, indeed as witnessed by the widespread Uprisings of 2008, and with recent and ongoing protests, both collective and individual, the Tibetan people remain as determined as ever to assert their nation’s legitimate right to independence and oppose China’s occupation. This is a central point and one that relates deeply to the democratic principles you uphold and also to the rights of a people suffering foreign occupation and oppression, who have every right to expect their authorities in exile to represent and honor their struggle for national freedom. Presently we have a situation where the political aspirations of Tibetans inside Tibet, who constitute the overwhelming majority of Tibetan people, are being ignored by their own exiled Administration. Which instead of standing in solidarity with the objectives of the resistance to Chinese rule inside Tibet is promoting a compromise solution. One which would in essence consign Tibetans to a dangerous and uncertain fate as another ‘national minority’ of China with some form of supposedly improved autonomy, as formalized under Communist China’s national and regional laws on autonomy.

This is not the freedom envisaged or expressed so courageously by Tibetans who take to the street to face Chinese bullets, prison and torture. In advocating talks between the representatives of the Dalai Lama and China’s government  the European Union is failing to recognize or support the legitimate rights of the Tibetan people, or their struggle inside Tibet for independence. Instead it endorses a ‘solution’ that would mean the demise of Tibet as an international issue and the execution of Tibetan national identity. Moreover, it does so in full knowledge that inside occupied Tibet, the Tibetan people are enduring the most brutal violations and suppression, not for autonomy but to declare their nation’s freedom.

Some commentators have described this position as a heartless and cynical betrayal of Tibet’s legitimate right to external self-determination by the European Union. What is certain is that the wishes of some six million Tibetans are being willfully ignored, their participation and choice in determining the future status of their country dismissed, on the suspect grounds that a compromise solution accepting communist Chinese rule is the most attainable prospect. Yet the Dalai Lama himself, whom the European Union seems to support unconditionally has previously acknowledged: “I have always stated that the central issue is that the Tibetan people must ultimately choose their own destiny. It is not for the Dalai Lama, and certainly not for the Chinese to make that decision. It should ultimately be the wishes of the Tibetan people that should prevail”. (HH The Dalai Lama Yale, 1991)

Any Parliamentarian would surely welcome the democratic principles espoused in that statement and support the rights of the Tibetan people to determine their nation’s future status. In that context will you kindly share with us in what way promoting the Dalai Lama’s personal ideas on seeking a solution for his country in any way honors the wishes of his people or embraces their rights? As to your description of Tibetans as some sort of ‘Chinese minority’ we would remind your office that the Tibetan people are not an ethnic minority, but as determined by an International Lawyers Conference on Tibet in 1993 constitute a people and as such retain the rights to self-determination

“..the Tibetan people satisfied the requirements and are a “people” for international law purposes” Paragraph 4.5

“..three resolutions of the United Nations General Assembly (Nos 1353, 1723 and 2079) have recognized the status of Tibetans as a “people”. Resolution No. 1723 expressly refers to the right of the Tibetan people to self-determination”

Paragraph 4.6 The Conference also concluded that the Tibetan people possessed an “abiding desire” for: “The establishment of an independent Tibetan state”

Paragraph 4.10 It was also agreed that: “The Tibetan people are entitled to..the exercise of the right to self-determination” Paragraph 4.11

Chaired by the Honorable Michael Kirby (then Chair of the Executive Committee of the International Commission of Jurists) the Conference made a recommendation to communist China and the Tibetan Government in Exile to begin negotiations to: “..facilitate the exercise of the Tibetan people’s right to self-determination” Paragraph 8.9 (Conference of International Lawyers-Self-Determination and Independence for Tibet’ London 6th to 10th January 1993)

Given the legitimacy of the Tibetan peoples rights, and in recognizing the collective will of Tibetans inside Tibet for their nation’s freedom, as evidenced by the mass protests and individual actions across the three regions of Tibet , why should Tibetans be asked to accept any less than external self-determination and independence? We would therefore call upon your office to support the legitimate rights of Tibet’s people, including their right to national freedom, and to endorse only negotiations that have as an objective such rights. 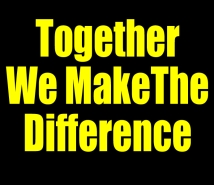 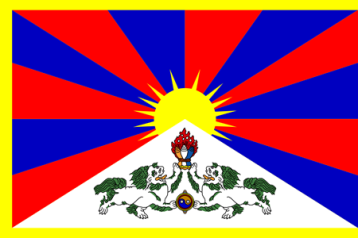