Anonymous hacktivists have today reported on Twitter another attack against a Chinese government website, this time ‘Operation Tibet’ has targeted a regional police website which seems to have been taken offline. This latest strike coincides with the visit of Chinese President Xi Jinping and also follows other actions this week in which ‘Anonymous’ issued statements supporting the ongoing hunger-strike by members of the Tibetan Youth Congress.

As the three Tibetan hunger-strikers continue their painful and courageous action demanding action from the United Nations they have received support today from an Anonymous hacking collective called ‘Operation Tibet’. News posted on Twitter reports that Chinese government websites are today being targeted to show solidarity with the hunger-strike. At the time of this posting three such targets had been reported as taken offline. 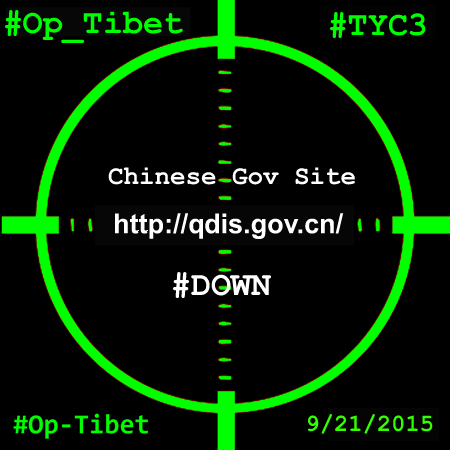 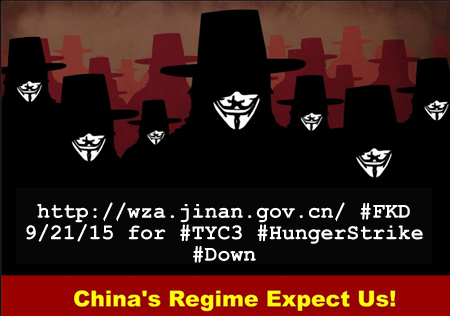 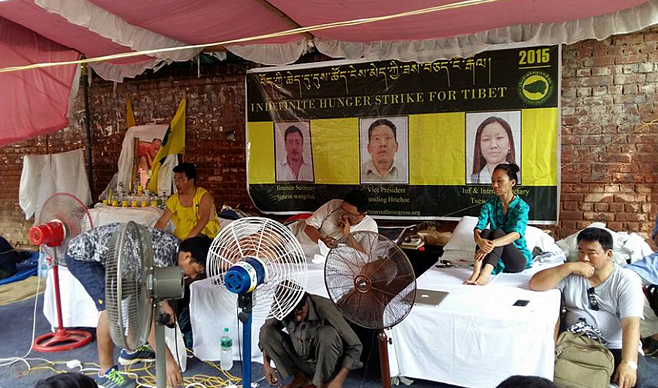 Eleven days into their hunger-strike demanding action on Tibet from the United Nations and the activists of the Tibetan Youth Congress remain resolute in their action, despite their condition. Please show your solidarity by signing the petition below, share the link on your Facebook page and share with your followers on Twitter. Let’s get news of this action out there!

Day nine for the hunger-strikers (wearing blue scarfs) of the Tibetan Youth Congress, an action that is demanding action on Tibet from the United Nations.

Support the TYC3 by signing and sharing this petition, help spread the word!

Please show your support for the Tibetan Youth Congress hunger strikers by adding your signature to the petition demanding action on Tibet from the United Nations.

The sixth day for the TYC hunger-strikers, whose self-less action for Tibet is demanding action from a United Nations that appeases China’s regime and offers platitudes to Tibetans. 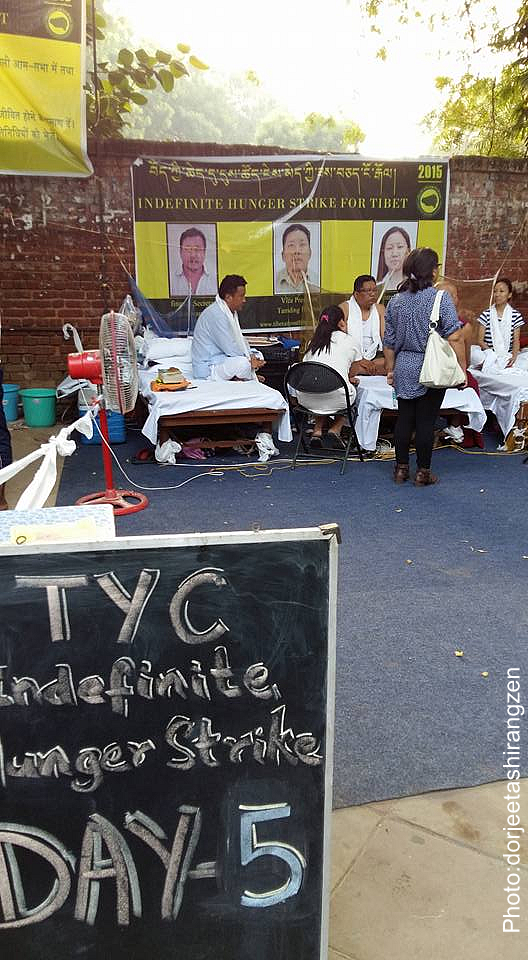 As three executive members of the Tibetan Youth Congress enter the fifth day of their hunger-strike, in Delhi, India, to demand active engagement on Tibet from the United Nations (UN) we should remind our subscribers and friends that in 2012 outside the New York headquarters of the UN a trio of Tibetans went on a 30 day hunger-strike. Their protest was called off 22nd March after Mr Parfait Onanga (Representative of the UN Secretary General) and Richard Bennett (Representative of the UN Human Rights Office) issued statements and assurances to the hunger-strikers and organizers that action would be taken. Indeed Tibetans were promised by a UN investigation into the situation inside Tibet and were assured that official would be arranging a meeting with China’s government to discuss the plight of Tibetans.

Those pledges it would appear turned out to be, what an optimist may describe as well intended platitudes, a more cynical view would suggest that in making such assurances UN officials knew very well that China’s regime would of course reject any inquiry into the plight of Tibetans. Thus making their promises to Tibetan hunger-strikers little more than self-serving rhetoric, after all it would have been a public relations nightmare to have witnessed Tibetans dying at the very doorsteps of the United Nations!

That the institution is corrupt and toothless in regard to the political dictates of China is well known, that reality however should not discourage those who seek to hold the United Nations to account for its silence, appeasement and hypocrisy in its dealing with the Chinese regime. In that context the bravery, determination and sacrifices of the three Tibetans currently on hunger-strike deserve our solidarity and active support,  if nothing else their action is highlighting the tyranny which Tibetans are enduring under an illegal and vicious occupation. For that we salute them!