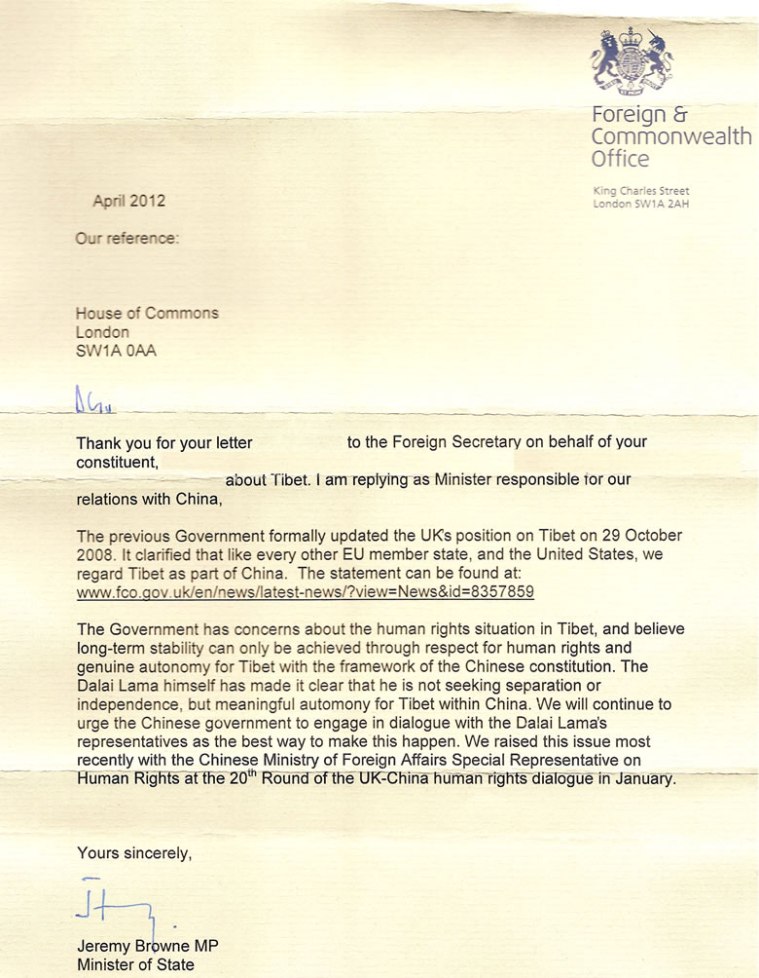 Tibettruth has for the past two years been running a lobbying campaign to inform and question on Tibetan independence, Senators and Parliamentarians in Europe, it has proved a highly effective means of ensuring that politicians are reminded of the true nature of Tibet’s cause and of the political objectives and aspirations of Tibetans inside occupied Tibet. In Britain this lobbying asks two basic, yet important, questions:

Will the Government, and Foreign and Commonwealth Office,
acknowledge that Tibetans inside Tibet, in their ongoing resistance to
Chinese occupation, are demanding independence for Tibet?

Will the Secretary of State, Rt Hon. William Hague MP, provide official written
confirmation that there has been a formal and written change of Britain’s
policy on the status of Tibet?

Thanks to our British friends and supporters we have received some revealing response from Members of Parliament and most recently a reply from the Minister with responsibility for China, Jeremy Browne MP, we have included it as an example of how supremely evasive and sensitive the Foreign Office (equivalent of the State Department) is on the subject of Tibet’s independence. Regarding the supposed ‘change of policy’ we have challenged the claim made by the British Foreign Office, details of which may be read  HERE

We hope it proves informative for anyone in Britain who is considering writing to their Representative and illustrates just how unwilling is Government to address truthfully these important issues, you can see how the two questions have been ignored and misrepresented. What counts though is the fact that people are raising this matter with politicians, and for that Tibettruth is extremely grateful to all those who are reminding their Senators or Parliamentarians of Tibet’s true cause. 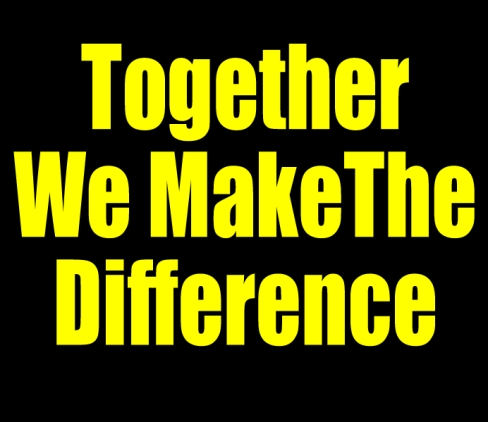 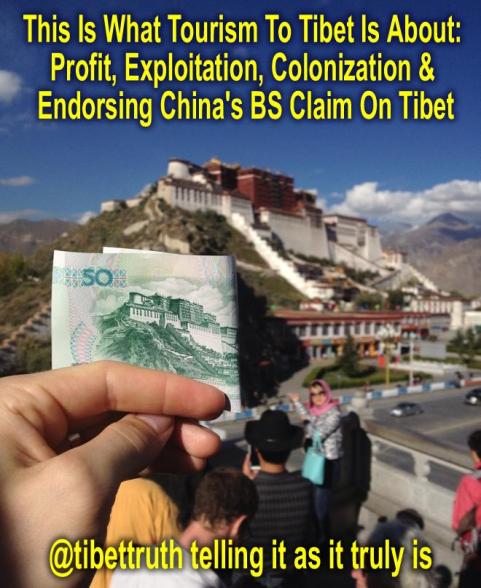 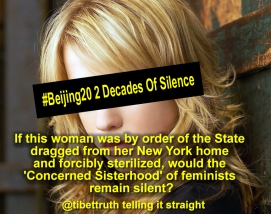 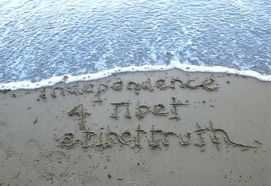