UPDATE: Now confirmed that a sixteen year-old Tibetan male, named as Mr Chagdor Kyab from Bora Amdo, self-immolated in the vicinity of the local monastery, shouting, (according to a source quoted by Radio Free Asia) “Tibet wants freedom” and “Let His Holiness the Dalai Lama come back to Tibet” while engulfed by flames, It remains unclear if he survived, as he was swiftly taken away by Chinese paramilitary.

A report from VOA Tibetan today confirmed that an as yet unidentified Tibetan man self-immolated  on May 2nd in Bora, a town within Tibet’s Amdo region. According to sources he was swiftly taken away, leaving it is reported people in the town unaware that the protest took place. We shall post further details as they emerge. 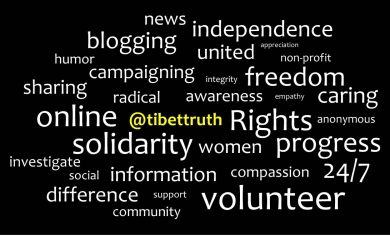