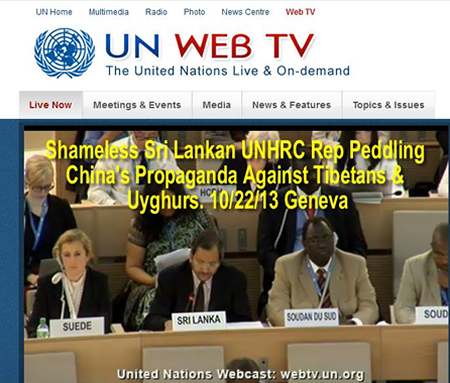 Just where would politics be without those two vital elements, hypocrisy and posturing, non-existent perhaps? The 24/7 news-stream is densely populated with examples of double-standards and cosmetic posing from so-called world leaders, to such an extent that many consume such information with a fatigued resignation, a sense of powerlessness. Yet in truth we have every reason to be motivated to oppose and expose what is an endemic corruption that has made a mockery of democratic principles and human rights values. Take the case of the recent decision by member states of the United Nation’s General Assembly to agree China a place onto the Human Rights Council (UNCRC)

Will striving to promote and defend human rights truly be the core concern of China’s representatives? What of those member states, including the USA, who are effectively bank-rolled by the Chinese economy will they offer any genuine opposition or critique at the all too probable cynical maneuvering expected of China’s representatives at the UNHRC? More likely the diplomatic default will prevail in which each party operates entirely in the service of their national and economic interests,while positioning themselves publicly as being concerned about individual freedoms and rights. Meanwhile the UNHRC will continue to present itself as a defender of human rights, unless of course it impacts upon the sensitivities of its more prominent members, in such a case evasion, silence or platitudes will be served to any who demand action.

This body has a history of selectivity and avoiding issues, including of course its complete silence towards China’s forced sterilizations, along with the reported genocide waged against the Tamil people by the Sri Lankan authorities. There is a curious and inevitable symmetry relating to China, Sri Lanka and the UNHRC which shall be revealed shortly, however let’s go back to 2009 and a British Parliamentary hearing in which politicians were briefed that the performance of the Human Rights Council had been “particularly dismal”, The Committee of MPs heard from Human Rights Watch that the UNHRC Resolution on Sri Lanka was “appalling” and that the statement “completely undermined the very purpose of the Human Rights Council”. Meanwhile the Commitee’s Chair, Mr Mike Gapes MP had noted that ‘the the decision of the council to declare the conflict in Sri Lanka a domestic matter set a “very bad precedent’.  SOURCE

Now Sri Lanka’s atrocities are being raised by the British Prime Minister at a meeting of nations, formerly colonized by Britain, he has presented himself as the determined leader intent on making the Sri Lankan regime accountable for the atrocities its forces inflicted. Interestingly a couple of Cameron’s private school buddies are recently returned from a trip to China, during which they were too focused on inviting Chinese investment into the UK nuclear industry and energy suppliers to barely mention human rights! The British are less cautious regarding  Sri Lanka, according to a report from AFP, Cameron has given notice to Mr Rajapaksa to deliver a response on the war crimes against Tamils or the matter will be..wait for it……pressed for investigation by the United Nations Human Rights Council!

There’s that classic posturing and hypocrisy in action, silent on the genocide waged by China against Tibetan culture, yet motor-mouthed on Sri-Lanka, such demands have already been rejected by the Sri Lankan authorities  who are contemptuously indifferent to international opinion on the issue. Now here comes the first component of the symmetry at play. During the run-up to the United Nations vote on China gaining a seat on the Human Rights Council which country do you suppose was most actively endorsing the Chinese regime and defending its record on human rights? Why Sri Lanka of course! After all they share two disturbing  characteristics, in that both wage a war of violence against the dissenting voice and have brutally suppressed people seeking freedom. The nature and extent of support offered to China by Sri Lanka at the UN was a nauseating display of sycophancy that praised the propaganda and lies of the Chinese regime, see  HERE

Clearly a major ally of China’s authorities the Sri Lankan government may expect support for its loyal service and what more appropriate forum than within the United Nations Human Rights Council where it is likely to be defended by its genocidal partner, with any effort to establish a meaningful investigation into the atrocities against the Tamil people likely to be resisted by China. The last thing the Chinese regime needs is for a UN sanctioned independent examination interfering into what it sees as the ‘internal affairs’ of a state, it would be an uncomfortable precedent given China’s illegal and vicious occupation of Tibet.

What of Cameron’s objective with respect to a UN investigation, was he and his advisors aware of the mutual interests of Sri Lanka and China? Did the British government not anticipate that China would prove an impediment to progress within the Human Rights Council? Did Cameron’s foreign policy team not recall the troubling history of that body on Sri Lanka? The answer of course is a resounding YES! So what we have here is a charade, a diplomatic shadow-play where all the parties are again acutely aware of the limitations and political self-interests at play. The losers of course as ever are those whose lives have been shattered and destroyed by the tyranny of governments such as China, Sri Lanka and Britain, be they Tibetans, Tamils, Afghani or Iraqi civilians. Meanwhile the hypocritical posturing, hand-wringing and pretense continues within the Human Rights Council, an institution corrupted and bankrupt of any moral authority, not that such concerns will bother David Cameron as he prepares to kiss Chinese ass in Beijing next month. 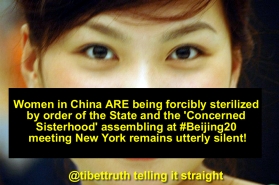 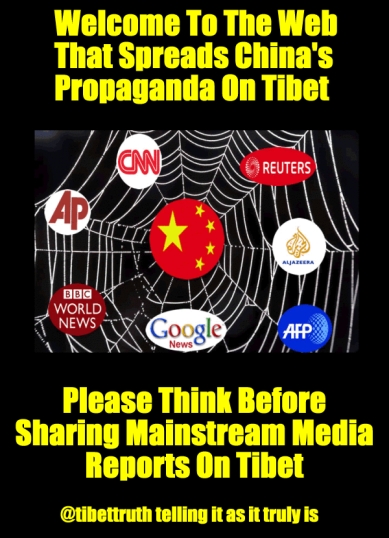